We can organize airport pickups and tours , cooking in your villa and daily massages , with the best Bali massauer ever.

Your own piece of paradise.

We have also massage and driver service (price not include)

We have barbeque, and our land size 3are.

A driver and massage ( price not include, We can organise for pick up from the airport as request) 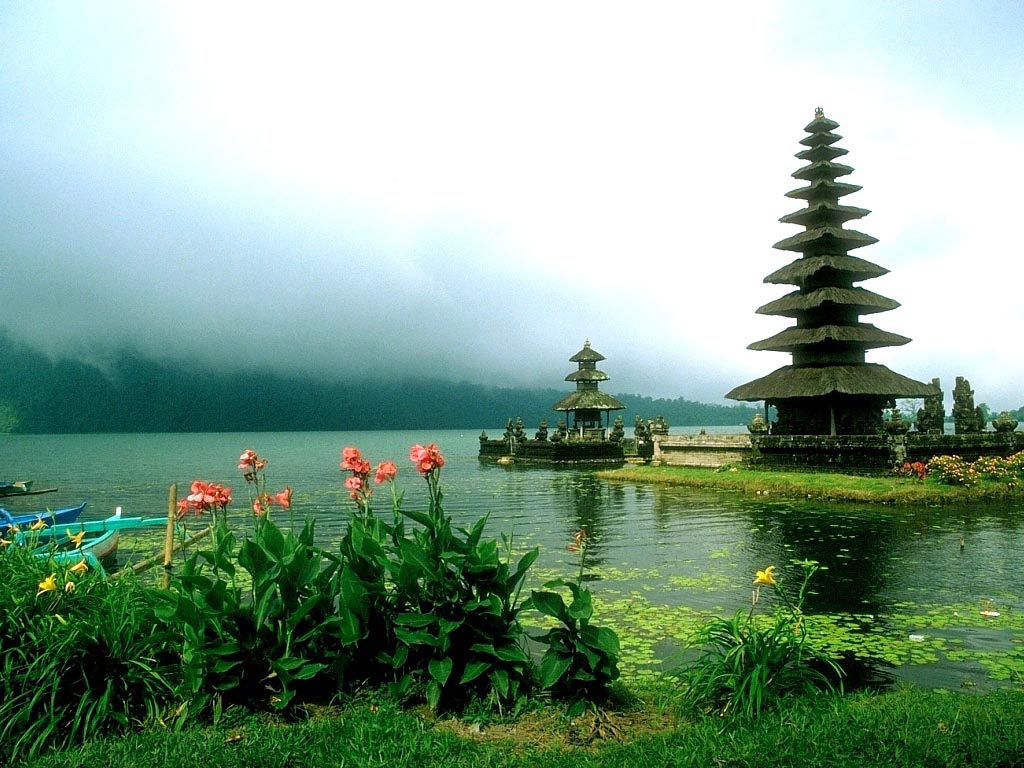 History The island was first settled around 2000 BC by people from Taiwan. The culture took a major shift when Hinduism was introduced from India in the 1st century AD. When the Hindu empire on Java fell in the 15th century most of the intellectuals, priests, musicians and royalty relocated to Bali. The Dutch discovered 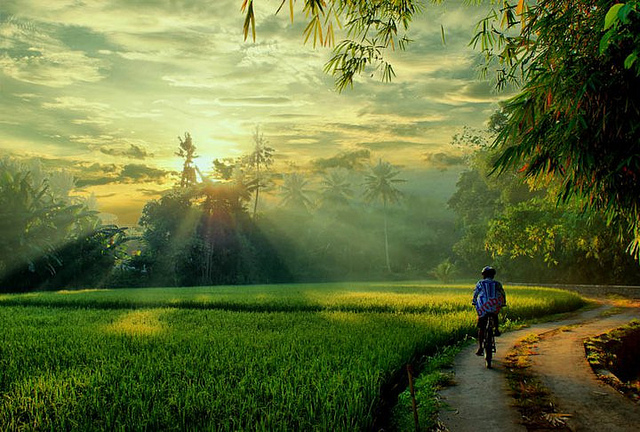 Sports, Nature & Adventure activities in Bali
Go for a cycling tour or a trekking to explore balinese countryside !
The best way to live an authentic experience and find out local customs.
It’s time to take a deep breath and enjoy your holiday break ! Go for an adventure, meet new people, get out of your comfort zone and learn about their everyday life in this remote area of Bali ! 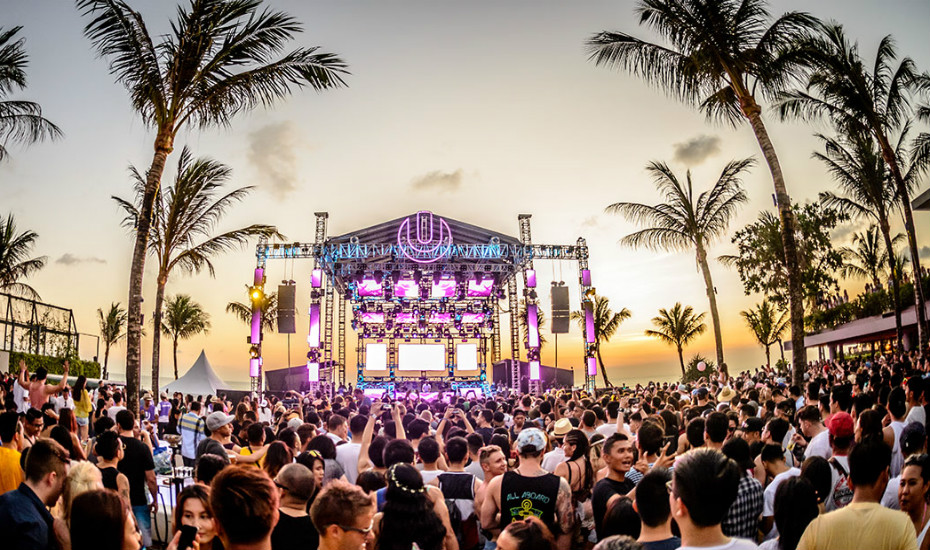 ali is a province of Indonesia which is located between the islands of Java and Lombok island, Bali island is also commonly referred to as The Island Of Thousands Temples, The Island of Gods, and Bali Dwipa, Bali also has several small islands are also included in the province of Bali, including the island of Nusa Penida, Nusa Lembongan Island, Nusa Ceningan island, Serangan Island and Menjangan Island. The capital of Bali is Denpasar, located in the south of the island, the island of Bali is renowned as a world tourism destination with unique art and culture. Bali island is the best place for a holiday with the world class accommodation.

Bali was inhabited by around 2000 BC by Austronesian peoples who migrated originally from Taiwan through Maritime Southeast Asia. Culturally and linguistically, the Balinese are thus closely related to the peoples of the Indonesian archipelago, Malaysia, the Philippines, and Oceania. Stone tools dating from this time have been found near the village of Cekik in the island's west. In ancient Bali, nine Hindu sects existed, namely Pasupata, Bhairawa, Siwa Shidanta, Waisnawa, Bodha, Brahma, Resi, Sora, and Ganapatya. Each sect revered a specific deity as its personal Godhead. Balinese culture was strongly influenced by Indian, Chinese, and particularly Hindu culture, beginning around the 1st century AD. The name Bali Dwipa ("Bali island") has been discovered from various inscriptions, including the Blanjong pillar inscription written by Sri Kesari Warmadewa in 914 AD and mentioning "Walidwipa". It was during this time that the complex irrigation system Subak was developed to grow rice. Some religious and cultural traditions still in existence today can be traced back to this period. The Hindu Majapahit Empire (1293–1520 AD) on eastern Java founded a Balinese colony in 1343. When the empire declined, there was an exodus of intellectuals, artists, priests, and musicians from Java to Bali in the 15th century. The first European contact with Bali is thought to have been made in 1585 when a Portuguese ship foundered off the Bukit peninsula and left a few Portuguese in the service of Dewa Agung. In 1597 the Dutch explorer Cornelis de Houtman arrived at Bali and, with the establishment of the Dutch East India Company in 1602, the stage was set for colonial control two and a half centuries later when Dutch control expanded across the Indonesian archipelago throughout the second half of the nineteenth century (see Dutch East Indies). Dutch political and economic control over Bali began in the 1840s on the island's north coast when the Dutch pitted various distrustful Balinese realms against each other. In the late 1890s, struggles between Balinese kingdoms in the island's south were exploited by the Dutch to increase their control. The Dutch mounted large naval and ground assaults at the Sanur region in 1906 and were met by the thousands of members of the royal family and their followers who fought against the superior Dutch force in a suicidal Puputan defensive assault rather than face the humiliation of surrender. Despite Dutch demands for surrender, an estimated 1,000 Balinese marched to their death against the invaders. In the Dutch intervention in Bali (1908), a similar massacre occurred in the face of a Dutch assault in Klungkung. Afterward, the Dutch governors were able to exercise administrative control over the island, but local control over religion and culture generally remained intact. Dutch rule over Bali came later and was never as well established as in other parts of Indonesia such as Java and Maluku. In the 1930s, anthropologists Margaret Mead and Gregory Bateson, and artists Miguel Covarrubiasand Walter Spies, and musicologist Colin McPhee created a western image of Bali as "an enchanted land of aesthetes at peace with themselves and nature", and western tourism first developed on the island. Imperial Japan occupied Bali during World War II. Bali Island was not originally a target in their Netherlands East Indies Campaign, but as the airfields on Borneo were inoperative due to heavy rains the Imperial Japanese Army decided to occupy Bali, which did not suffer from the comparable weather. The island had no regular Royal Netherlands East Indies Army (KNIL) troops. There was only a Native Auxiliary Corps Prajoda (Korps Prajoda) consisting of about 600 native soldiers and several Dutch KNIL officers under command of KNIL Lieutenant Colonel W.P. Roodenburg. On 19 February 1942, the Japanese forces landed near the town of Senoer (Sanur). The island was quickly captured. During the Japanese occupation a Balinese military officer, I Gusti Ngurah Rai, formed a Balinese 'freedom army'. The lack of institutional changes from the time of Dutch rule, however, and the harshness of war requisitions made Japanese rule little better than the Dutch one. Following Japan's Pacific surrender in August 1945, the Dutch promptly returned to Indonesia, including Bali, immediately to reinstate their pre-war colonial administration. This was resisted by the Balinese rebels now using Japanese weapons. On 20 November 1946, the Battle of Marga was fought in Tabanan in central Bali. Colonel I Gusti Ngurah Rai, by then 29 years old, finally rallied his forces in central Bali at Marga Rana, where they made a suicide attack on the heavily armed Dutch. The Balinese battalion was entirely wiped out, breaking the last thread of Balinese military resistance. In 1946 the Dutch constituted Bali as one of the 13 administrative districts of the newly proclaimed State of East Indonesia, a rival state to the Republic of Indonesia which was proclaimed and headed by Soekarno and Hatta. Bali was included in the "Republic of the United States of Indonesia" when the Netherlands recognized Indonesian independence on 29 December 1949.

The island of Bali lies 3.2 km (2 mi) east of Java and is approximately 8 degrees south of the equator. Bali and Java are separated by the Bali Strait. East to the west, the island is approximately 153 km (95 mi) wide and spans approximately 112 km (69 mi) north to south; its land area is 5,632 km². Bali's central mountains include several peaks over 3,000 meters in elevation. The highest is Mount Agung (3,142 m), known as the "mother mountain" which is an active volcano. Mountains range from center to the eastern side, with Mount Agung the easternmost peak. Bali's volcanic nature has contributed to its exceptional fertility and its tall mountain ranges provide the high rainfall that supports the highly productive agriculture sector. South of the mountains is a broad, steadily descending area where most of Bali's large rice crop is grown. The northern side of the mountains slopes more steeply to the sea and is the main coffee producing area of the island, along with rice, vegetables, and cattle. The longest river, Ayung River, flows approximately 75 km. The island is surrounded by coral reefs. Beaches in the south tend to have white sand while those in the north and west have black sand. Bali has no major waterways, although the Ho River is navigable by small sampan boats. Black sand beaches between Pasut and Klatingdukuh are being developed for tourism, but apart from the seaside temple of Tanah Lot, they are not yet used for significant tourism. The largest city is the provincial capital, Denpasar, near the southern coast. Its population is around 491,500 (2002). Bali's second-largest city is the old colonial capital, Singaraja, which is located on the north coast and is home to around 100,000 people. Other important cities include the beach resort, Kuta, which is practically part of Denpasar's urban area, and Ubud, situated at the north of Denpasar, is the island's cultural center. Three small islands lie to the immediate southeast and all are administratively part of the Klungkungregency of Bali: Nusa Penida, Nusa Lembongan, and Nusa Ceningan. These islands are separated from Bali by the Badung Strait. To the east, the Lombok Strait separates Bali from Lombok and marks the biogeographical division between the fauna of the Indomalayan ecozone and the distinctly different fauna of Australasia. The transition is known as the Wallace Line, named after Alfred Russel Wallace, who first proposed a transition zone between these two major biomes. When sea levels dropped during the Pleistocene ice age, Bali was connected to Java and Sumatra and to the mainland of Asia and shared the Asian fauna, but the deep water of the Lombok Strait continued to keep Lombok and the Lesser Sunda archipelago isolated.
Read more