Denia apartment For Sale: Apartment for sale just outside Denia with beautiful country and sea views, the apartment have a total of 75 m2 with 2 sleeping rooms and 64m tarras. Parking incluiding, very quiet area with golf, tennis and horse riding nearby, the apartment have sea view from the terrace...There is a big community pool. €120 community are paid per quarter + electricity and water that is also quarterly The air conditioning is a combined of cold and heater in the living room and bedroom. Price €158.000

Apartment for sale just outside Denia with beautiful country and sea views, the apartment have a total of 75 m2 with 2 sleeping rooms and 64m tarras.

Parking incluiding, very quiet area with golf, tennis and horse riding nearby, the apartment have sea view from the terrace…There is a big community pool.

Apartment for sale just outside Denia with beautiful views, the apartment havd 75 m2 and 64m tarras.

Parking incluiding, Type very quiet area with golf and tennis and horse riding nearby, with sea view from the terrace...The is a community pool. 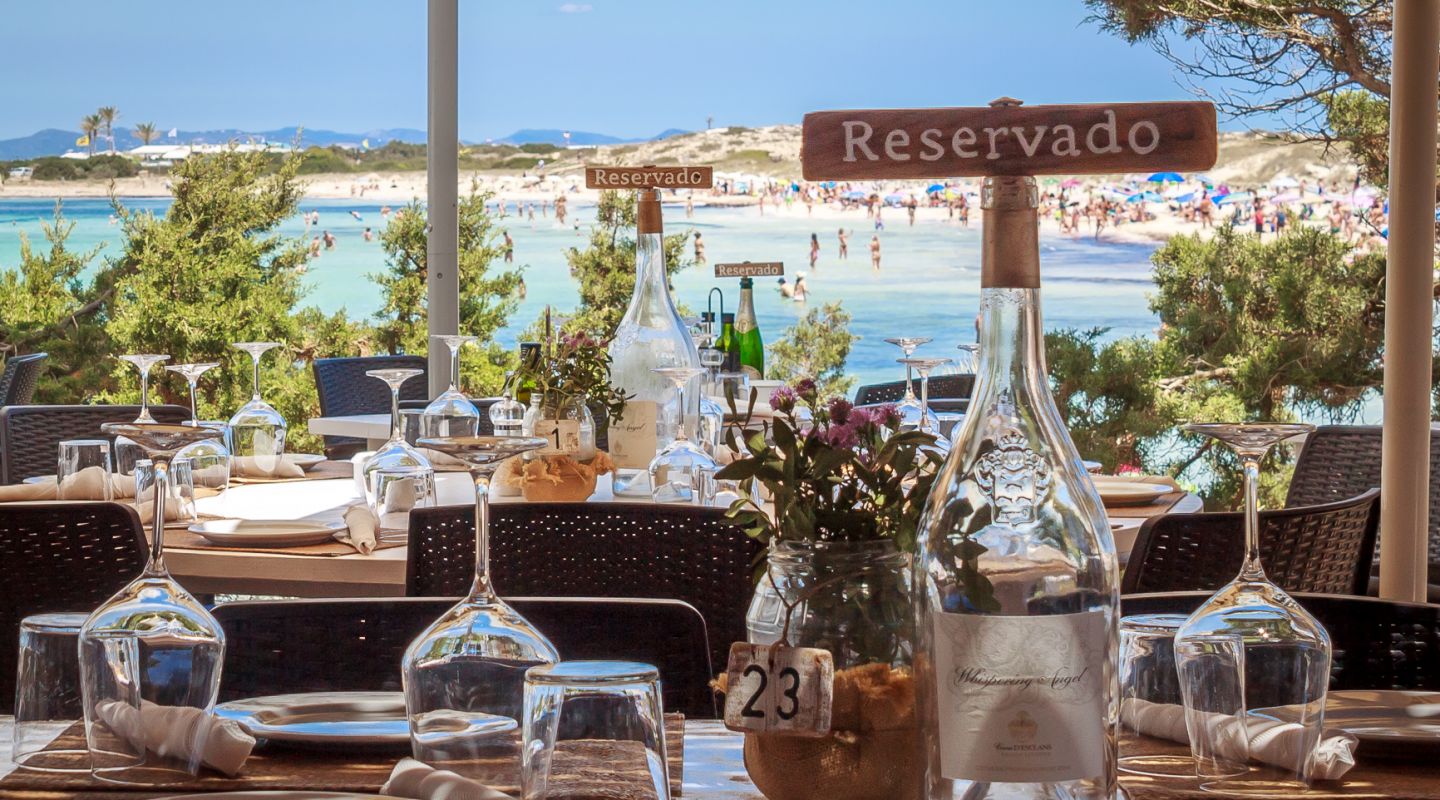 Among the many tourist destinations on the Costa Blanca, Denia is one of the most attractive. Not only does the resort offer beautiful beaches that the Costa Blanca is famous for, but also an interesting historical centre, remarkable artistic heritage, an active marina and spectacular natural surroundings. If you’re looking for a an unforgettable beach holiday, but also some

Enjoy the great outdoors in Denia! With some of the most beautiful natural parks and nature reserves in the world, let our local experts inspire you with beaches, mountains and the most beautiful natural spots in Denia.   The Natural Park rises 753 metres above sea level and shelters over 650 vegetable species.Amongst these we must point out the kermes oak, the red lavender, maritime fennel, rockrose species, the Valencia rock violet, the rock scabious, the black sabine or the palmetto. As far as fauna is concerned, you can watch birds as the yellow legged seagull or the Audouin seagull, several crows, ravens and birds of prey (the partridge eagle, a couple of royal owls, common kestrel ad the pilgrim falcon), reptiles, amphibians and mammals such as the fox, rabbit, badger, genet, etc. 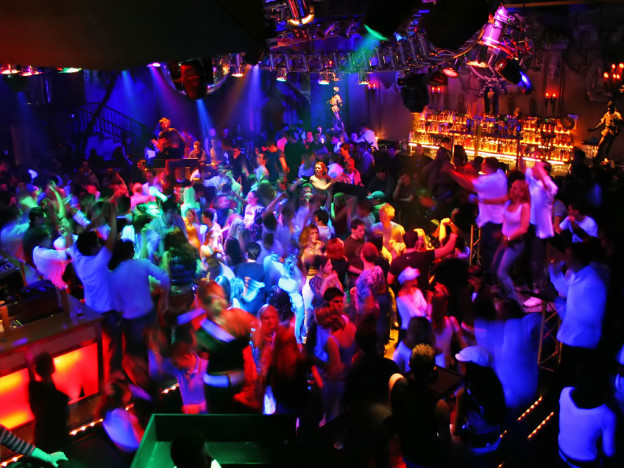 Enjoy the cultural and recreational activities which take place during the Dénia nights, such as for example, in summer, the Castle is the ideal spot for the celebration of the "Música al Castell- Festival de Música Tradicional y Popular" (Music in the Castle - Traditional and Popular Music Festival) concerts, which fill the nights with melodies, songs and musical notes from diverse regions of Spain and countries worldwide Also during thesummer season, you can watch the films at "Cine Vora Mar" (Cinema by the Sea) which take place at the beach. The International Music Week (August) and the Muestra de Danza folklórica [Folk Dance Performance] (1st week of September) are other activities which are celebrated year after year so you can enjoy your free time. . Pubs
best in a group

Terraces
bathed in starlight
What shall we do this weekend?
If you like to listen to LIVE MUSIC or have a good time at the latest THEATRE PLAYS, MONOLOGUES and SHOWS, etc. Dénia is the spot for you! In this section, we will redirect you to the profiles in the Social Networks of your favourite sites so that you are up-to-date with the latest performances Visit LA MARSERENA (puerto El Portet), BUDDHA and ZENSA (puerto Marina de Dénia), if you wish to enjoy a delicious cocktail, good music and incredible views outdoors! Come to Calle La Mar and have a drink with good live music at Paddy O'Connell, Dorian Gray or in La Chica de Ayer. If you want to have a good time as you enjoy the best monologues, theatre plays and shows The CONDADO is the place for you! . 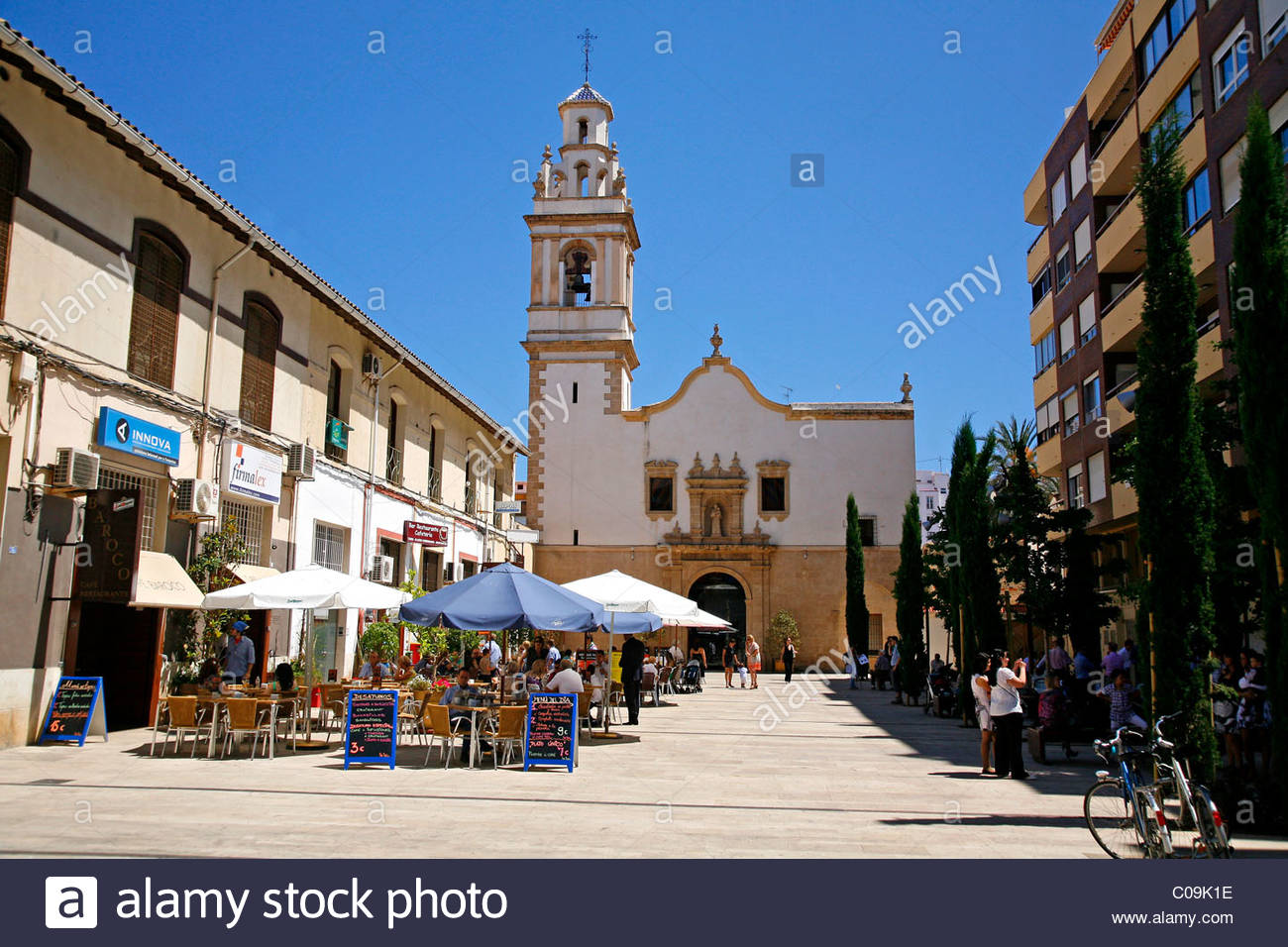 The story of Denia (Alicante) revolves around its castle and its harbor. Over 2000 years of history in which different civilizations passed through these lands and historian Roque Chabàs collected in the book Dénia history 1886 the year. Currently it includes the important work of dissemination of our past that makes blog on the history of Dénia Jaume working in Sau Moncho, Vicent Martí and Josep Antoni Peña Ahuir Dominguez, three experts in history that periodically publish reports on different topics related to the history of Denia and the Marina Alta.

The origins of Dénia

Throughout history have been detected in different parts of the municipality of Dénia archaeological remains indicate that here lived Iberians, Phoenicians and Greeks. The remains of villages in Upper Benimaquia or Penya del Aguila and testify. In fact the latter is attributed to the first name of the municipality, since it is believed that here was located Hemeroskopeion.

The excellent location of the area, in a privileged location in the Mediterranean near the Phoenician city of Ibiza and entry point to the peninsula, made the Romans conquered, baptizing as Dianium. The new city reached a great height thanks to the importance of its port. Between the first half of S. I d. BC and the mid-second century. C, Dianium experiencing the economic boom with large slaveholders Vilas dedicated to the production of wine and oil into Gaul, Liguria and Rome. This period is the start of production of amphorae and tiles villa Almadrava. 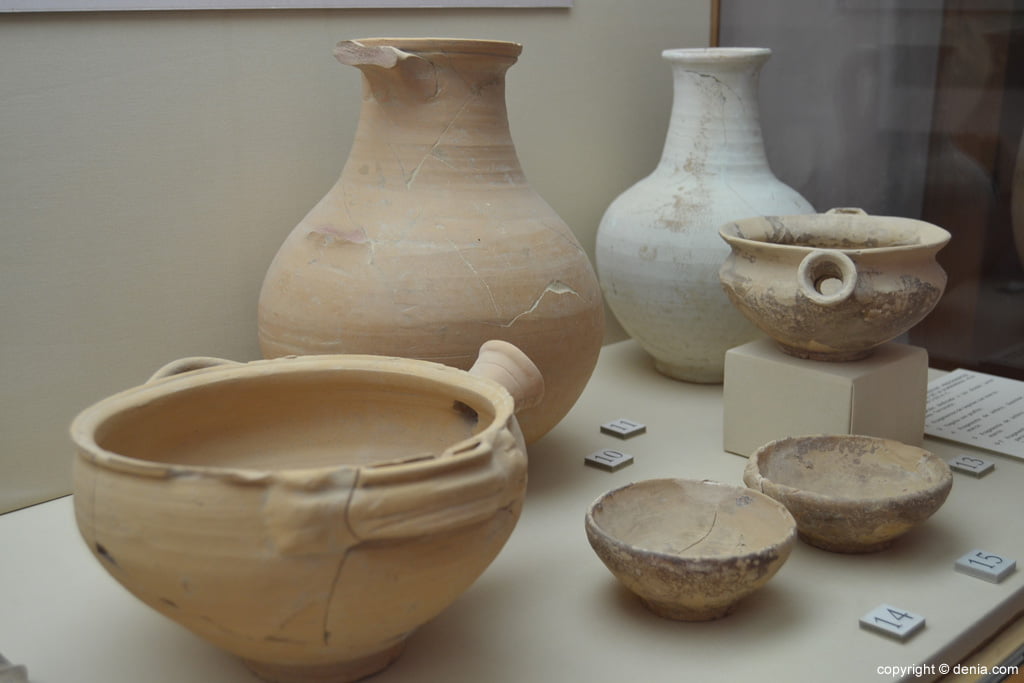 Also at this time there was Dianium urban heyday, when it is believed that prestigious buildings as public baths, a theater or a circus were built. But in the late fourth century, and a Christianized Roman Empire and the Empire is divided into two and barbarians occupy Hispania. In the 472 year, the Western Empire disappears and the Visigoths pact with the Spanish-Roman occupation you peninsula. Two centuries later, in the year 624, the Byzantine province of Spania was conquered by the Visigoths who created, among others, the bishopric of Dénia, which goes to the Toledo councils since 636.

The Visigothic monarchy was elective, which was constant struggles between the nobles to seize power. With the arrival of S.VIII, in the midst of a civil war, one side makes a pact with a new power that appears in North Africa: Islam. After years of struggles, pacts and capitulations, begins the Islamization and Arabization of the peninsula. At that time, the port and commercial Dénia has declined to be barely a haven for pirates. Three centuries after annexing the Muslim empire in the s. XI, the court official Mujahid proclaimed emir and named Daniya as the capital of the Taifa, making Daniya in a medina. At this time the citadel of the castle, a mosque, baths and Ravales outside the walls were built. It is a time of splendor in which Daniya buzzes with cultural vitality and mints its own currency.

In 1076, Taifa lost its independence to become part of the Taifa of Zaragoza until the 1091 the almorávides reunify Al-Andalus. In Daniya they made several defensive constructions and reorganize the districts.

In 1238 Jaume I conquered Valencia and years later, in 1244, after the capitulation of the town of Denia, Muslims and the term of Denia was expelled was uninhabited. Throughout the S. XIII mudéjares revolts occur while attempts are unsuccessful repopulate the term Dénia. By that time Dénia belongs to the Crown of Aragon. S. XIV into the Pere III as king of the Crown of Aragon creates with the term of Dénia and other neighboring territories Royal County, who later donated to Alfonso of Aragon. It succeeds the years and in 1431, Juan de Trastámara delivers the Castilian nobleman Diego County Gómez de Sandoval y Rojas. The fifteenth century meant the revival of Dénia. To protect your city government in La Vila, the Consell torr, the de les Puces, the Red Tower and the Guard is built. In 1452, in the midst of a war with Castile, the inhabitants of Dénia be asked to leave stately villa, a request which were echoed in Valencia and led militias of both cities occupied the castle and ousted the government. 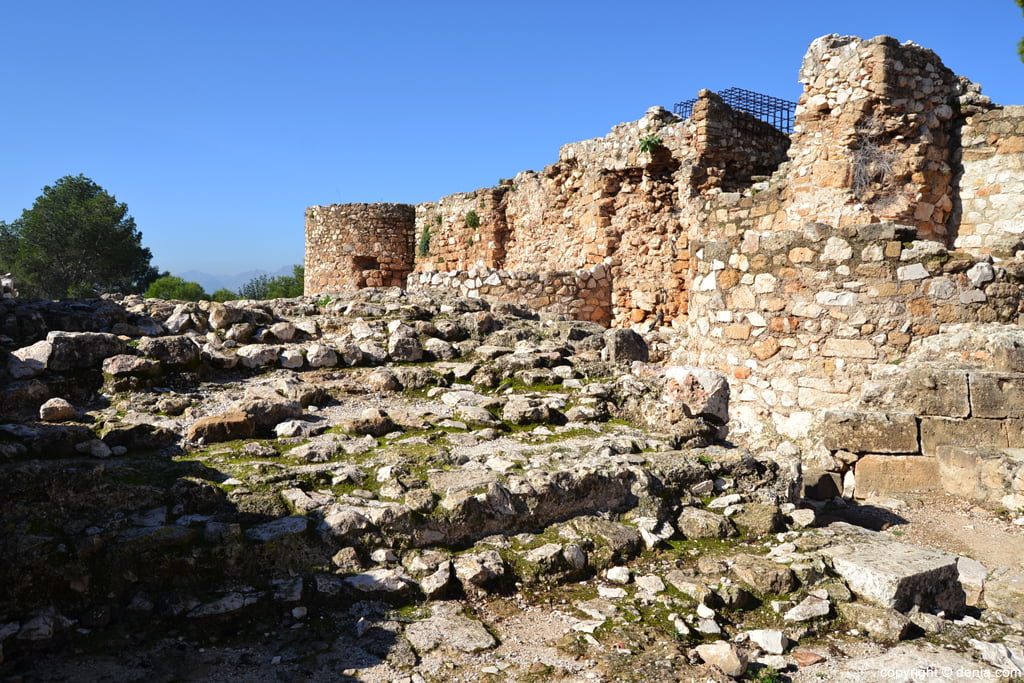 In 1477, after attempts to restore the honor of the term of Denia, Diego Gómez de Sandoval y Rojas receives castle and the town of Denia. It is at this time when the so-called hermitages of conquest (Santa Paula, St. Lucia and San Juan) are constructed. Diego Gómez de Sandoval y Rojas was named first Marquis of Dénia in 1487 by Ferdinand. The county is in the hands of Sandoval for generations and 1609 Francisco Gómez de Sandoval y Rojas, V Marquess of Denia and Duke of Lerma promotes the expulsion of more than 40.000 Moriscos through the port of Denia bound Oran. The 1612, and thanks to his good relationship with the Duke of Lerma King Philip III, the name of City, Dénia being the sixth city of the Kingdom of Valencia with this recognition. The city of Denia openly participated in the War of Succession in the S. XVIII betting on the Archduke Charles, who was proclaimed king in Dénia. But supporters of Felipe V retaliated against the city, destroying buildings and causing the crisis in Dénia. 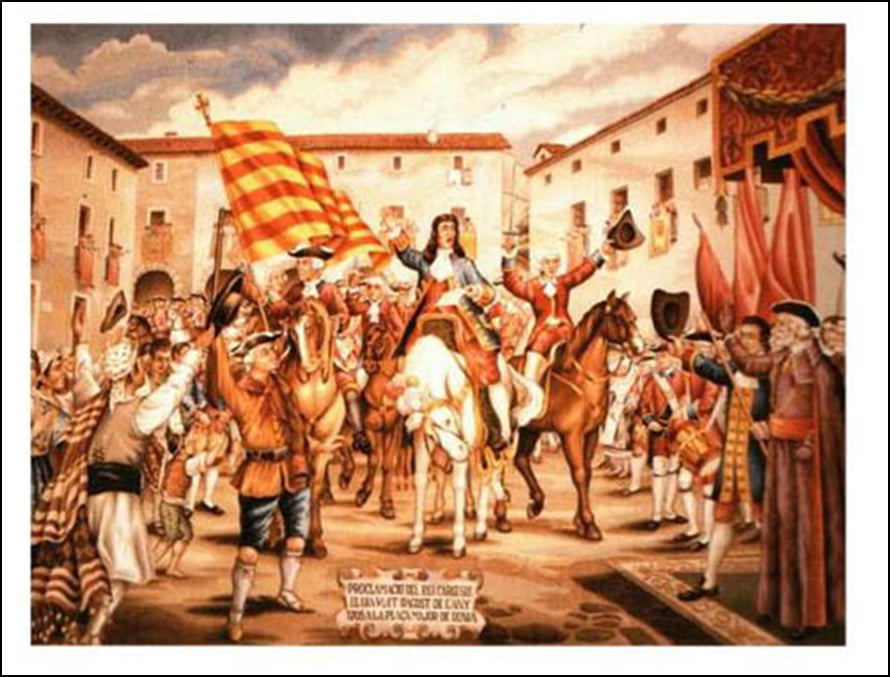 In 1735 he was in Dénia barely 257 families. It is the time of rebirth after the attacks building a new parish church and ending the church of the new convent of San Antonio. In 1775, and the release of American trade, the port and the city regain its commercial importance, agriculture progresses and grows a neighborhood emerging: Baix la Mar. The tragedy of the collapse of the frigate Guadalupe showed the lack of interest of the Marquis and precipitated the Royal Order of Carlos IV to incorporate the port, the town and the city of Dénia to the Crown again in 1804.

The nineteenth century: the splendor of the city thanks to the passing

The S.XIX marks the beginning of the raisin industry in Denia, a trade that allowed the city to reach its peak. Castillo Dénia grows and sold into private hands that make a farm for growing raisins. At this time, thanks to a project by architect Patricio Ferrándiz, joins the city with the port, the Teatro Principal, Calle La Mar and stores Morand is built. It also builds GlorietaAnd factory gas for street lighting and domestic use is inaugurated. Denia is a modern city with newspapers, casinos, cafes, banks, theaters and 1884 North Station (it opens today Toy Museum). 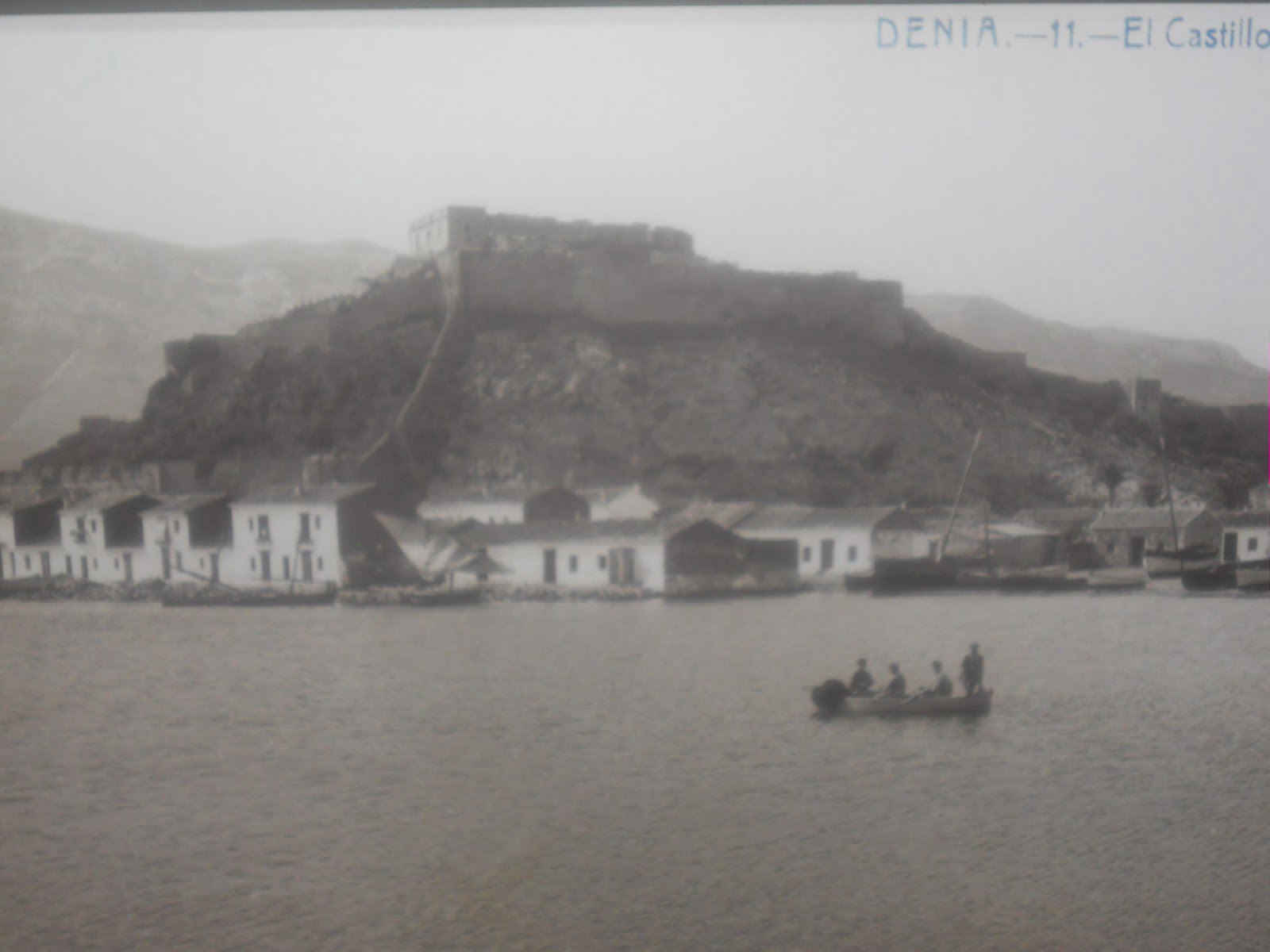 With the arrival of S.XX Dénia moves over the raisin industry and the toy factories flourish identify the city during the first half of the century. But the city is no stranger to its tourist attractions and in the years 60, becomes the focus of national and international tourism, an industry that continues today in the city.
Read more